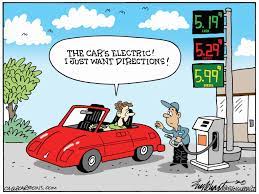 Markets have been troubled. Open any brokerage or 401(K) statement and you are likely to see a page of red. It seems that nearly everything has gone precisely the wrong way: bonds are down, stocks are down, and gas prices (along with the price of nearly everything else we purchase) are up.

Fear and uncertainty abound, and the headlines foreshadowing the end of the world are not helping.

There are three important points:

With that, let us begin.

As we’ve discussed in previous updates, the U.S. Federal Reserve is the Central Bank to the United States and, as the name states, is essentially the lender of last resort. The Fed (as it is colloquially referred) has very crude tools. It can:

For the sake of brevity today, generally speaking, the Fed cuts rates when unemployment is too high and raises rates when inflation is too high (remember the dual mandate).

This introduced a strange dynamic where each time the Fed cut rates, it would cut much more deeply than when it would raise rates … hence, rates fell over a long period of time.
This is, in essence, just an expansion of liquidity. If a consumer would want to borrow $10,000 at 5 percent, they would probably be willing to borrow a much higher sum at 3 percent.

More broadly, in the last three years, for example, the Federal Reserve has created (through the Treasury) an additional $5 trillion (yes, trillion) out of thin air to help counteract the economic effects of COVID-19. In 2007/2008, the Fed introduced a bit over $1 trillion to counteract damage from the Global Financial Crisis. To be clear, some of this was absolutely needed and a good deal of it was remarkably effective.

And yet, as with anything, there are no absolute decisions, only tradeoffs. The obvious consequence is we have increased the money supply in the United States and, therefore, the value of our dollars has diminished. This, along with pent-up demand from COVID and supply chain disruptions, caused inflation to rise … and has created a very specific form of inflation referred to as monetary inflation.

As such, once it was clear inflation wasn’t “transitory,” the Fed finally began taking steps to reverse the cycle.

The period following recessions is quite good, however, as markets recover and generally with less of the unhealthy excesses that exacerbated the sell-offs in the first place. These periods are so good, in fact, that over the seven recessions from 1970, the year immediately following the end of the recession were slightly better than “normal times.”

Therefore, what to make of it all and what are investors to do?

In closing, take a moment to breathe, do not react emotionally, and use the difficult markets as an opportunity to reaffirm your long-term plan. 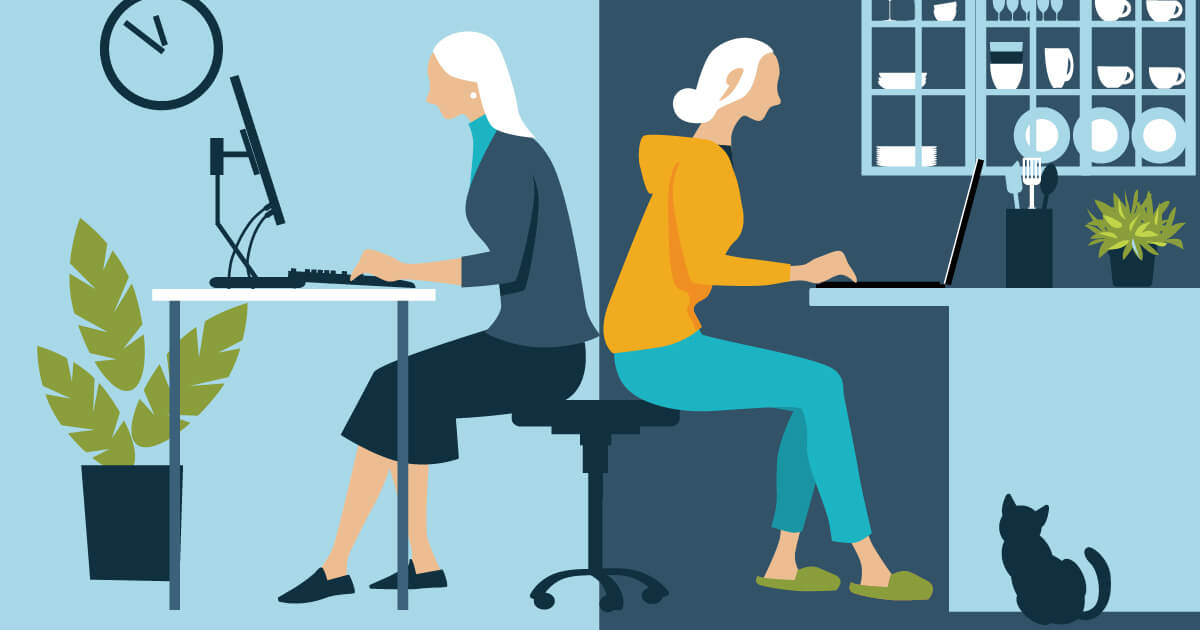 Hybrid work is a big departure from the traditional work arrangement. Switching between two workplaces may be a change, but it doesn’t need to cause your productivity to decline. Here are some tips to consider that may help boost your productivity as a hybrid employee.

Maximize Your Schedule.
Home and office environments are different. Plan tasks based on where you’ll be working. You may find tasks that require focus are best at home while collaborative tasks and meetings are better suited for the office. Different locations may spur creativity and focus in different ways.

Maintain a Consistent Schedule.
Your schedule at home should be consistent with your office schedule. Blocking your calendar each week can help you stay productive and maintain a healthy work-life balance.

Mirror Your Office Setup at Home.
Maintain the same organization at home that you use in the office. Keep your items in the same place on your desk. Consider which items are worth having at each location and which ones are worth shuttling between workplaces. This will save you time each day.

Leverage Technology.
Using technology, such as digital communication, project management tools and cloud-based platforms, can make it easier to jump into any project and stay productive from wherever you work.

Continue Communicating With Your Manager and Co-workers.
Hybrid work may cause you to miss out on key information or lose focus of your manager’s expectations. Using company communication channels and regularly checking in with your manager and peers can help you stay connected and updated on the most recent information and expectations.

Connect Regularly With Your Co-workers.
Feelings of social isolation can lead to a decline in your productivity. Find creative ways to have fun with co-workers even when working remotely, like playing games or virtual happy hours. This can re-energize you and counter feelings of burnout.

While no two work environments are the same, these tips are worth considering as you build a more permanent hybrid work routine that is effective and efficient. The hybrid work model is new and evolving. Communicate with your manager about what is working and what could be improved. Make adjustments when necessary, and when issues arise, keep trying.

Improving the fuel efficiency of a company’s fleet of vehicles can have many financial and environmental benefits, especially with fuel prices on the rise. Fuel can be one of the largest and most difficult expenses to predict and control. Therefore, it’s important for vehicle fleet managers to conserve fuel, maximize efficiency and reduce vehicle emissions by implementing fuel-efficient policies, technology and maintenance strategies.

SPEAK WITH A REPRESENTATIVE
COMMERCIAL INSURANCE SURVEY
Scroll to top