The COVID-19 pandemic and the various measures designed to contain its’ spread has had an unprecedented impact on the business community. Many businesses, such as those in the hospitality sector, have had to cease or drastically curtail operations with uncertain prospects for a restart. Not-for-profit organizations are seeing fewer donations at a time when many are seeing a higher demand in services due to the human toll of social isolation. Businesses on the other end of the spectrum that have been able to continue uninterrupted are certain to be impacted in the future due to the economic slowdown. Suffice it to say that the vast majority of organizations have had some level of negative impact in the past two months that will continue in the near future.

Business Interruption insurance has been a frequent topic in recent weeks as a possible avenue for organizations to recover lost profit and pay for continuing expenses. There have been a number of high-profile lawsuits against insurance companies for denying these claims. A recent and local example is the lawsuit by Legal Seafoods against their insurance carrier for a claim denial. Insurance policies vary in the scope and range of coverages so it is impossible to state that all of these types of claims should be covered or denied. However, we believe that the majority of these claims face difficult prospects for recovery.

Business Interruption (also known as Business Income) is a coverage commonly found on commercial property insurance policies. In some cases, there is a specified limit while other types of policies designed for smaller businesses are written on an “actual loss sustained” basis for a 12-month period. The coverage is designed to allow a business to recover continuing expenses (payroll, rent, leases, taxes, etc.) and lost profit when it sustains a covered property loss that results in a shut down or curtailment operations. An additional component called Extra Expense is often included with Business Interruption. Extra Expense addresses the additional costs a business sustains over and above normal operating expenses that are required to expedite recovery. A shut down required by “Civil Authority” is a common feature that can extend coverage when a municipality mandates that a business close due to some form of physical damage in the nearby proximity (i.e. gas main explosion). In all cases the coverage trigger is a covered property loss such as fire, wind, vandalism, or collapse.

There are several challenges for Business Interruption claimants but two of them stand out. The business closures or curtailments have been primarily due to government mandates designed to minimize or slow the spread of a virus. In most cases there was no physical damage or direct contamination requiring the business closure. Secondly, most policies contain a specific exclusion for a virus. Exclusions for communicable diseases and viruses were almost universally added starting in 2006 as a result of SARS and have been reinforced by other outbreaks such as H1N1 and Zika. The primary reason for these types of exclusions is that an event or series of related events impacting millions of individuals and businesses throughout the country at the same time period is “uninsurable”. It is estimated that the monthly impact for COVID-19 is in the $250 to $350 billion range. By comparison, the aggregate insured loss from natural disasters was $52 billion in 2018 for the full year.

Legislation has been introduced in a number of states, including Massachusetts, designed to compel the insurance industry to pay for Business Interruption losses due to the COVID-19 related shut downs. These legislative actions will be contested on constitutional grounds that will likely draw out for years. Perhaps a solution can be developed that is similar to how Congress and the insurance industry responded to the September 11th attack. From purely an insurance point of view, the attack on September 11th was an unforeseen tragedy that generated more than $40 billion in losses in addition to the human toll. Human and economic losses continue with high levels of cancers for first responders that worked on recovery at World Trade Center. Congress and the insurance industry developed the Terrorism Risk Insurance Act that allowed insurance companies to absorb the initial $200 million in claims associated for a single terrorist event with the Federal government taking on the excess.

We have spoken with many of you over the past few weeks regarding this issue. We encourage any of you with questions on this issue to reach out to us. Some of you have decided to file claims and we are certainly willing to discuss and assist others that might be contemplating the same action. Situations are unique and policy conditions can differ. We wish all of you a speedy recovery from the recent events and, above all, good health. 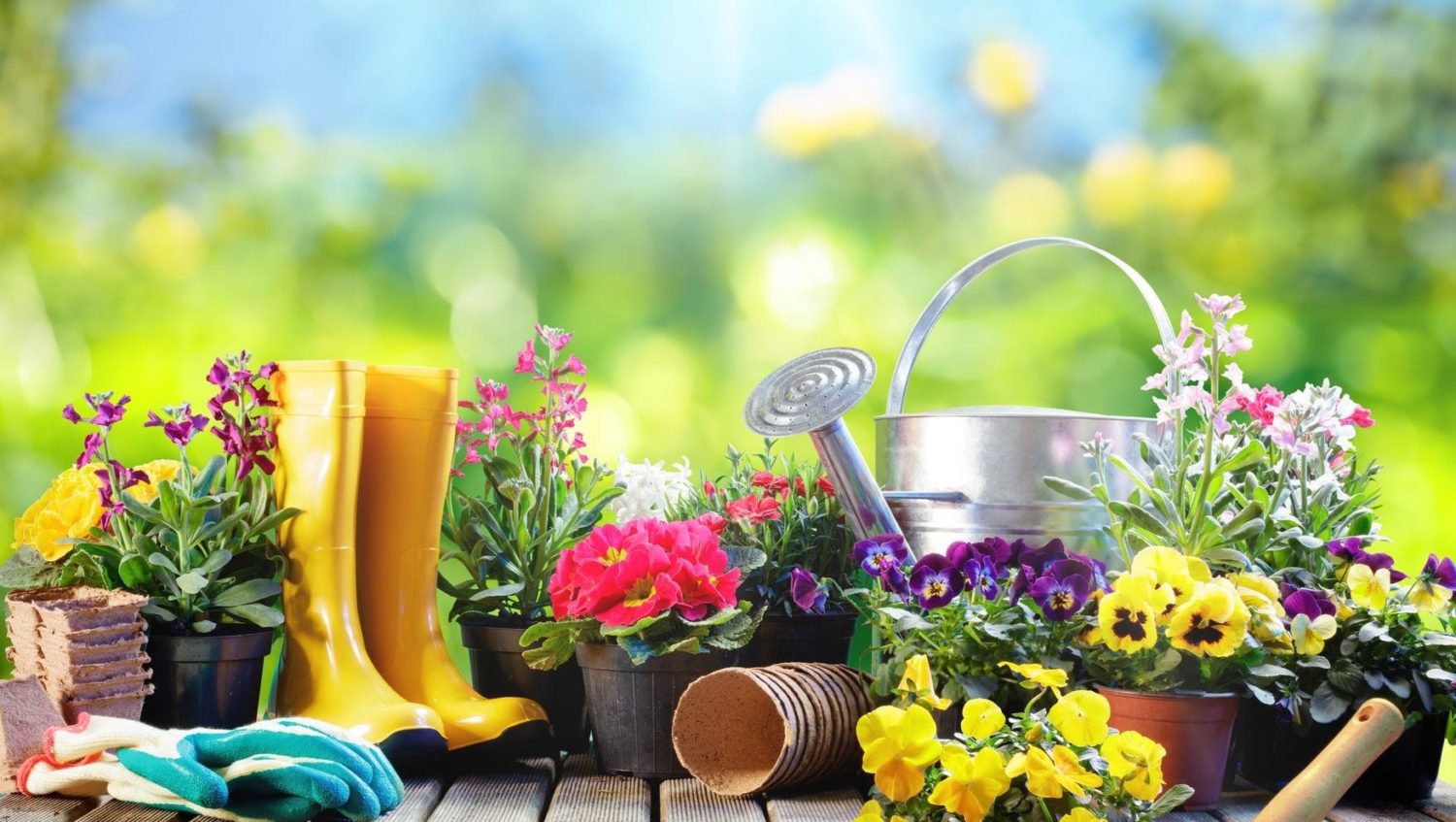 Over winter houses are subjected to all types of bad weather and poor conditions during the cold dark months. There are many things that you as a homeowner might want to consider attending to once the warmer seasons come back around. Whilst there might be some tasks such as inspecting the roof or painting the exterior of your home, which could be done with possible assistance with tools potentially found on websites similar to platformsandladders.com/rolling-ladders/ or equipment that might be found in local handyman stores. Here is a list of places where you the homeowner can get started in preparing your house for the summer.

You may want to start with simple spring cleaning tasks:

You can always fall back on the internet to provide you the right information in regards to this domain. Check out the Chubb Insurance brochures: How to Prepare your Home and Garden for Spring and Summer infographic or their Top 10 Spring Cleaning Tasks for more ideas and tips. Also, it’s important to remember there are common household cleaning products you should never mix, such as bleach and ammonia or bleach and rubbing alcohol. Learn more.

We can all use a little help keeping track of the home maintenance projects we need to do, and now there’s software and technology that can help.

With the HomeZada app, you can manage your home and projects, keep a digital inventory of your photos, receipts, and documents, create a home maintenance schedule program, and manage remodeling projects. HomeZada generally charges $60/year, but Chubb PRS clients are eligible for a rate of $45/year. Click here to get HomeZada now.

Stay safe in the process.

Cleary Insurance wants to make sure you and your family stay safe and healthy. Only handle projects yourself that you feel you’re truly qualified to do. You may be better off leaving projects with electrical components or those at heights, for example, to professionals who have the right equipment and skillset.

Did you know that exercising regularly could help you fight off chronic conditions and diseases? Exercise can help control your blood pressure, blood sugar and weight, raise your “good” cholesterol, and prevent diseases such as colorectal cancer, heart disease and Type 2 diabetes. If you’re ready to get active, keep the following tips in mind:

Getting a Good Night’s Sleep

Getting enough sleep isn’t always possible, but inadequate sleep is a bigger problem than you may think. Getting an adequate amount of sleep is vital to staying healthy and avoiding fatigue, which is why those who often suffer from insomnia consider ingesting CBD capsules or pills (perhaps bought from Blessed CBD and its likes) to ease their mind and get a good night’s sleep. Remember that fatigue causes drowsiness, moodiness, loss of energy, inability to focus, and lack of motivation and alertness, which can, in turn, cause decreased productivity and even be a safety hazard. Hence, aim for seven to eight hours of sleep each night. Even if it means rearranging your schedule, make sleep a priority.
If you are struggling to fall asleep or have a delayed sleep wake disorder or something similar, try the following tips:

Eating a well-balanced diet is key to maintaining your health. In fact, improving your diet could help you live longer and reduce the chances of developing costly chronic diseases. Keep the following tips in mind when you’re getting started on your healthy eating journey:
Please speak with your doctor if you have questions about fitness programs and/or healthy eating or how you can get started. If these tips do not help you sleep better, or you suspect you have a sleep disorder such as sleep apnea or insomnia, see your doctor.
http://www.clearyinsurance.com/wp-content/uploads/Cleary_Logo.jpg 0 0 Carol LaCombe http://www.clearyinsurance.com/wp-content/uploads/Cleary_Logo.jpg Carol LaCombe2020-05-11 19:16:502020-05-13 08:41:28Simple Ways to Improve Your Health 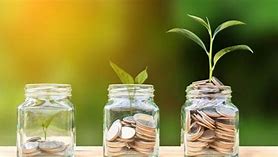 The COVID-19 outbreak has spurred an economic crisis as well as a health-related one. Millions of Americans are now unemployed, frightened, and wondering how they’ll pay their bills in the coming weeks or months. And while it’s a scary time to be living through, there are a few moves you can make to protect yourself financially.

A final thought: The most important thing to do now is take a deep breath and resist the urge to panic. Panic leads to irrational thinking, which leads to poor financial decisions. The COVID-19 pandemic is a terrible and frightening situation. There’s uncertainty surrounding how long the outbreak will last, how bad it will get, and many other variables. But we will get through it. So make some smart and rational financial decisions and focus on what’s really important — your health and the health of the people you care about.