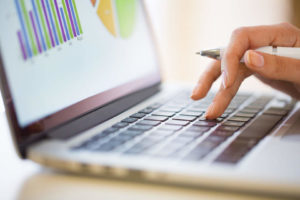 electronically submit injury and illness data that they already record on paper and retain onsite. Electronic date will enable OSHA to quickly analyze injury data and use its enforcement and assistance resources more efficiently. The data will also be available to the public. OSHA believes that allowing for public disclosure on incident reporting will encourage employers to improve on workplace safety and provide invaluable information for job seekers, customers and the general public.

You can view which establishments are effected by the new reporting rule by clicking here.

The CGL (Commercial General Liability) covers companies from third party liability due to negligent acts, actual or alleged, committed by the insured or by someone working on their behalf.

There are 3 coverage sections under the Commercial General Liability policy:

Coverage A provides protection against losses from the legal liability of insured’s for bodily injury or property damage to others arising out of non-professional negligent acts or for liability arising out of their premises or business operations.  Mental injuries and emotional distress can be considered bodily injuries, even in the absence of physical bodily harm.

Depending on the size and nature of the company different endorsements should be included that are not typically covered under a standard CGL policy.  Workers compensation and employment practices liability insurance are excluded but can be purchased as separate policies.  Liquor liability, professional liability and other risks may also be excluded.

Consult an insurance professional to determine which coverages are right for your type of business.

Coverage B: Personal and Advertising Injury

Personal and advertising injury liability protects an insured against liability arising out of certain offenses, such as:

Limited coverage for medical payments includes payments for injuries sustained by a non-employee caused by an accident that takes place on the insured’s premises or when exposed to the insured’s business operations. Medical payments coverage can be triggered without legal action. This provides for prompt settlement of smaller medical claims without litigation. It is included in the CGL policy and pays for all necessary and reasonable medical, surgical, ambulance, hospital, professional nursing and funeral expenses for a person injured or killed in an accident taking place at the insured’s premises or arising from business operations. There is no defense or legal liability coverage—as there is with bodily injury and property damage (Coverage A) and personal and advertising liability (Coverage B), since coverage is provided on a no-fault basis.

Action Steps
The rule does not directly impact plans in the large group market. Instead, it aims to stabilize the individual and small group health insurance markets in light of pending changes that may be made to the ACA.
The changes made under the final rule are effective for the 2018 plan year.

Overview of the Final Rule
The market stabilization final rule for 2018 includes new reforms that are aimed at stabilizing the individual and small group health insurance markets. Specifically, this rule makes changes to:

Under the market stabilization final rule, this shortened open enrollment period will apply beginning with the 2018 plan year. Therefore, for the 2018 plan year, the open enrollment period will run from Nov. 1, 2017, through Dec. 15, 2017. This change is intended to align the Exchanges with the employer-sponsored insurance market and Medicare, and help lower prices by reducing adverse selection.

To curb these abuses, the final rule requires HHS to conduct pre-enrollment verification of eligibility for all categories of SEPs for all new consumers in all Exchanges using the www.HealthCare.gov platform. According to HHS, this change will help make sure that SEPs are available to all who are eligible for them, but will require individuals to submit supporting documentation—a common practice in the employer health insurance market. This is intended to help place downward pressure on premiums, curb abuses and encourage year-round enrollment.

Guaranteed Availability
The final rule also addresses potential abuses of the ACA’s “guaranteed availability” rules, which require insurers to offer coverage to any eligible consumer who applies for coverage. HHS previously interpreted this requirement to mean that an insurer cannot refuse enrollment to an individual even in cases where the individual has failed to pay outstanding premiums for any prior coverage. According to HHS, issuers have complained that some individuals are taking advantage of this provision by, for example, declining to make premium payments for coverage at the end of a benefit year, and then enrolling in new coverage for the next year, thereby avoiding having to pay outstanding premiums for the previous year’s coverage.

The final rule attempts to curb these abuses by allowing issuers to collect unpaid premiums for prior coverage before enrolling a patient in the next year’s plan with the same issuer. This is intended to incentivize patients to avoid coverage lapses.

Determining the Level of Coverage
The ACA requires QHPs offered through an Exchange to meet certain levels of actuarial value, referred to as “metal levels.” HHS regulations have allowed for a de minimis variation in the actuarial valuations used in determining the level of coverage of a plan to account for differences in actuarial estimates.

Network Adequacy
The final rule provides greater flexibility to states in the review of QHPs. Under the final rule, beginning with the 2018 plan year, HHS will defer to the states’ reviews in states with the authority and means to assess issuer network adequacy. According to HHS, states are best positioned to ensure their residents have access to high quality care networks.

Qualified Health Plan Certification Calendar
Finally, HHS issued separate guidance concurrently with the final rule to update the QHP certification calendar and the rate review submission deadlines. In light of the need for issuers to make modifications to their products and applications to accommodate the changes finalized in the market stabilization rule, the updated calendar and deadlines are intended to give additional time for issuers to develop, and states to review, form and rate filings for the 2018 plan year that reflect these changes.

In late March 2017, Republican leadership in the U.S. House of Representatives withdrew the American Health Care Act (AHCA) and were unsuccessful at replacing and repealing the Affordable Care Act (ACA).

Because the House was unable to pass the AHCA, the ACA remains current law, and employers must continue to comply with all applicable ACA provisions.

While the future of the ACA as a whole is currently unclear, some definitive changes have been made to some ACA taxes and fees for 2017. Employers should be aware of the evolving applicability of existing ACA taxes and fees so that they know how the ACA affects their bottom lines.

Changes to ACA Taxes
A federal budget bill enacted for 2016 made the following significant changes to three ACA tax provisions: 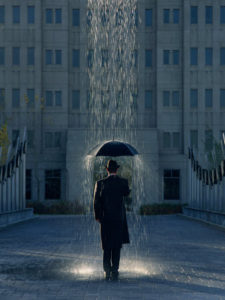 No matter how hard you try to avoid them; accidents happen. If you were to cause a major auto accident involving property damage and or extensive injuries to other parties, your hard-earned assets could be at risk. The costs of the property damage, injuries to other parties, and or subsequent lawsuits add up quickly and may exceed the limits of your auto insurance in no time. It is not simply auto accidents you need to worry about. There are other types of accidents as well.   Imagine this: You’re having a graduation party and someone slips, falls, and is injured. Think you won’t be sued? Think again. In today’s society, lawsuits are common…and costly. A lawsuit has the potential to destroy your financial security, but an umbrella insurance policy may protect you.

Examples of umbrella insurance benefits include protection from the following:

The right umbrella limits for you depend on where you live, your profession and your aversion to risk. Liability coverage in home and auto policies rarely exceed $500,000, yet 13% of personal injury liability judgements and settlements are $1 million or more, according to a report, citing data from Jury Verdict Research. The amount of coverage you choose should bear some relation to your net worth.

When trying to determine the right amount of coverage to carry, consider these items:

Total Assets: Setting your umbrella limit based on your total assets will give you more protection than basing it off of your net worth. Instead of matching your liability coverage to your net worth, these advisors recommend coverage equal to the value of your assets without regard for your debts (this could help you avoid selling your home to pay a judgment if your net worth is your home equity, for example). Applying this to the example above, then, you’d want at least $500,000 of liability insurance, because the assets total $500,000. You may need an umbrella policy if your insurer’s basic liability coverage limit is less than $500,000.

Future Income: But that’s not all. If someone sues you and gets a judgment that exceeds your liability coverage, your future earnings may also be on the line, and could be garnished up to 25 percent. To address this, consider multiplying your income by five and adding that amount to your asset total. If your total household earnings are $100,000 a year and you have $500,000 in assets to protect, you may want a $1 million policy. You’d almost certainly want umbrella coverage.

Collateral Damage: Another facet of this examination is the potential damage to others. If you’ve got two teens entering college, plan to retire soon, or are supporting aging relatives, a financial wipeout could be catastrophic and possibly permanent. That’s another indication you might need to expand your liability insurance with an umbrella policy. If you’re young, single, broke, renting and healthy, losing everything you own would be terrible, but you’d probably recover eventually.

Like any insurance, an umbrella policy should bring you some peace of mind. With any luck, you’ll never have a circumstance where you need to use the coverage. But bad things do happen, and just knowing it’s there is one way of knowing you’re prepared to deal with a tragedy or accident beyond your control — at least from a financial aspect.