When was the last time you checked your smoke alarm? How about your fire extinguisher? Where will you and your family meet when you need to evacuate? If you don’t know the answer to these questions, you are not alone. September is National Preparedness month and it’s important for all of us to take a moment to ensure what we value is safe. The best way to protect yourself is to prevent a loss from occurring.

Did you know that the US Fire Administration found in 2017 that every 24 seconds, a fire department in the United States responds to a fire somewhere in the nation? In addition, a home fire occurs every 88 seconds and half of home fire deaths happen between 11 p.m. and 7 a.m. Taking steps to prepare and prevent will save your life and your property. My family and I went through our own fire safety and prevention planning this month. We found two malfunctioning fire alarms and a fire extinguisher that expired four years ago!

The thought of needing to rely on an emergency kit or plan seems frightening, but not something I prioritize in my daily life. Having an emergency plan for any type of disaster will ensure you and your family are prepared in the case of a fire, hurricane, tornado, earthquake, or any other potential disaster. If your house is located near a forest, it might be possible for it to be burnt into ashes by wildfire. To prevent such conditions, you may need to protect your home with a fire defense plan that might avert major loss to the structure. Also, creating an emergency kit to keep in your home and your car takes moments vs. what it could save you in the event it wasn’t accessible when you needed it most.
You can also create your own custom emergency plan for any weather related scenario by visiting: Connect with Weather. Ready.gov/September provides a vast amount of information on what you’ll need to plan for in the event of an emergency. They also have several characters and fun activities if you’re creating a plan with kids. I feel better prepared in the event something does happen. As Gandhi said “the future depends on what we do in the present.”

Starting in 2021, the state of Massachusetts will offer paid family and medical leave benefits to employees. Payroll deductions for employees begin October 1, 2019. This program allows employees to receive a portion of their pay while on leave to recover from an illness or injury, bond with a new child, take care of a sick or injured family member or certain military-related events.
Premium payment
The premium cost for the family and medical leave benefit is 0.75% of employee wages up to the Social Security cap. The medical leave contribution is 0.62% of payroll. The family leave contribution is 0.13% of payroll. Who pays the premium depends on the size of the employer:

Employees aren’t charged more than the state’s rate. Employers may choose to pay more to give their employees coverage beyond the minimum requirements of the state plan.

Let’s look at an example
Olivia is expecting her second child soon. While her oldest son is in pre-school, she works for a large retail chain in Massachusetts and is paid $14.00/hour. Her schedule is consistent at 30 hours/week — making her weekly pay $420. Olivia gives birth to her baby and doesn’t experience any complications from the birth. Because of the Massachusetts paid family and medical leave, she is guaranteed 12 weeks of paid family leave. Because Olivia makes less than 50% of the state average weekly wage, she receives 80% of her average weekly wage, which is $336/week for a total of 12 weeks.
For more information please refer to the Massachusetts Department of Family and Medical Leave (DFML)
https://www.mass.gov/guides/prepare-for-paid-family-and-medical-leave
Information in this letter is courtesy of Principal Life Insurance Company
http://www.clearyinsurance.com/wp-content/uploads/Cleary_Logo.jpg 0 0 Carol LaCombe http://www.clearyinsurance.com/wp-content/uploads/Cleary_Logo.jpg Carol LaCombe2019-09-25 09:21:132019-09-25 09:21:13Are You Ready for the Massachusetts Paid Family and Medical Leave? 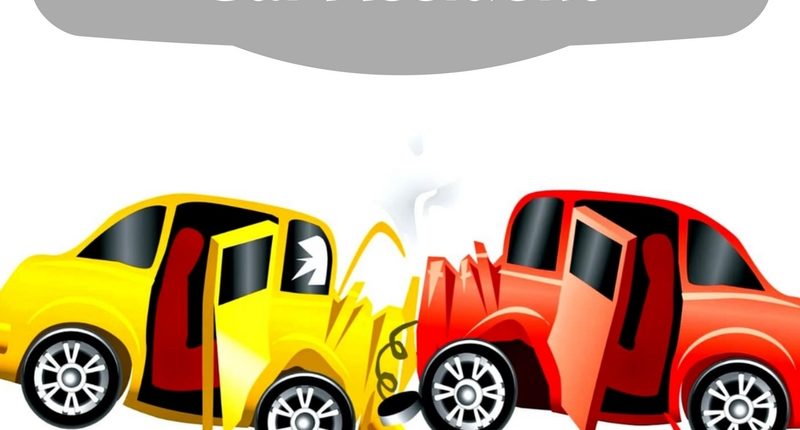 It is frustrating to see a client’s auto carrier pay a claim to a third party based on false information.

An example being a client who had a car, with four people in it, pull in front of him and slam on their brakes. He stopped his vehicle but he did touch the other car. There was no visible damage to either car and no one was injured. He exchanged information but did not call the police. He then filed the report of the accident in case a claim was made against him.

Soon after we received notice that five people were claiming to be injured and that the other car was totaled. The carrier paid $190,000 and stated without evidence and due to the fact it was a rear-end, they had to make the payment. We see variations on this all too often.

To help avoid this situation, doing the following will put your insurance carrier in a better position to defend you and not pay false or inflated claims.

Once you have made sure you are safe, we suggest you:

If you would like an accident form to keep in your auto, please contact your Cleary representative.

By obtaining and recording the above information, you can put your insurance carrier is a stronger position to defend you and reduce or eliminate claim payments. As always, it takes a team effort!

http://www.clearyinsurance.com/wp-content/uploads/Cleary_Logo.jpg 0 0 Carol LaCombe http://www.clearyinsurance.com/wp-content/uploads/Cleary_Logo.jpg Carol LaCombe2019-09-25 09:16:322019-09-25 09:16:32Auto Post Accident To Do Suggestions
Many parents encourage their kids to play sports in middle school and high school because they truly believe it’s good for their children’s physical and mental well-being. Athletic participation also provides an opportunity to instill discipline and develop social skills that could have a positive impact on their children’s futures.

But lofty hopes and dreams may inspire some parents to overspend on youth sports. The costs can really add up at more competitive levels, when payments for professional instruction, specialty equipment, and travel kick into high gear. On average, families with children who competed on elite teams spent an average of $3,167 per player in 2018, up from $1,976 in 2013.

Surveys suggest that many parents are willing to make big financial sacrifices to cover these costs, possibly even taking on credit-card debt or delaying retirement. Unfortunately, some parents may have unrealistic expectations, such as those who are confident their children will become professional athletes, despite the very long odds against it. That doesn’t mean parents should give up hope on their kids, instead of spending money themselves, they can discuss the team fundraiser ideas with the school administration. Schools can contact the organizations that could help in acquiring team sponsorships and funds. Those funds can help yours and other children in sports without parents having to take up financial responsibility for it.

Parents who assume that investing in competitive athletics will pay off in the form of college scholarships are also likely to end up disappointed. Only about 2% of high school athletes benefit from athletic awards, and few of them are “full rides.” College coaches often have more roster spots to fill than available scholarships, so many athletes receive partial awards that may cover only a small fraction of tuition costs.
Although most parents have good intentions, there may be some unhealthy side effects. According to a 2016 research study, young athletes whose families invested a large portion of their household income to sports felt more pressure to succeed and were less likely to enjoy the experience. And even if their kids love to play, parents should attempt to keep the costs in an affordable range so that other important financial goals (such as saving for college and retirement) are not neglected.
Sources: The Wall Street Journal, April 21, 2019;
Family Relations, April 2016
http://www.clearyinsurance.com/wp-content/uploads/Cleary_Logo.jpg 0 0 Carol LaCombe http://www.clearyinsurance.com/wp-content/uploads/Cleary_Logo.jpg Carol LaCombe2019-09-25 09:14:232019-09-25 09:14:23Should Parents “Go for Broke” on Youth Sports? 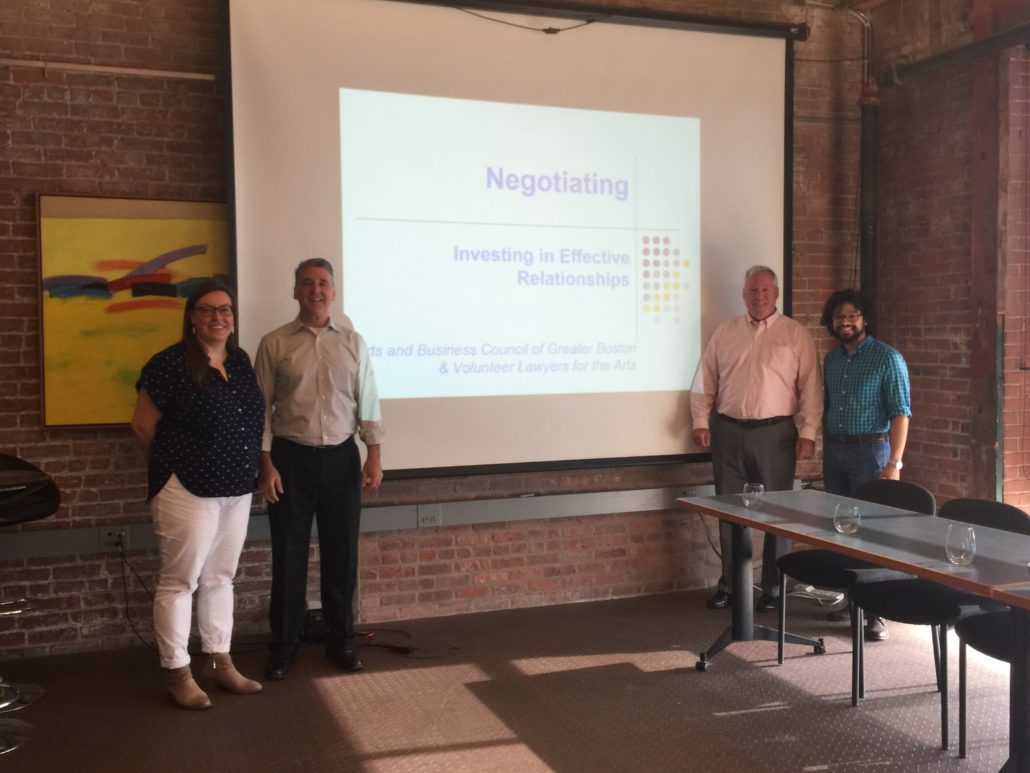 Cleary Insurance was a featured speaker at the Boston Arts and Business Council’s Seminar for the National Arts Strategies Program. The NAS gathered in Boston to learn about business related topics for artists and art non-profits. Cleary’s Chris Hawthorne led a session on structuring insurance programs for Public Artists and non-profits.