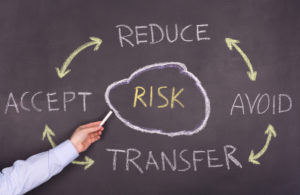 Insurance premiums fluctuate annually due to sales and payroll activity of a contractor and also due to loss history. The insurance policy provides money to rebuild damaged property, to defend in a liability suit, to pay settlements as well as take care of employees when they are injured on the job. These combined costs are labeled as losses.

An insurance loss has the potential of driving insurance premiums up for four or five years as well as limiting which carriers will wish to work with a contractor. When an insurance carrier is determining what it will offer in term of premiums, it will incorporate the prior four years of losses as part of the pricing mechanism. The fewer and smaller the losses, the more carriers will be interested and the carriers can justify offering lower premiums.

An available risk management technique to lower the size of a contractors losses arising from working with a sub-contractor is Risk Transfer. Risk Transfer can protect one party’s insurance program and future premiums by transferring the cost of a loss to another party. Conversely, it can increase the future costs of the other party’s insurance program.

The major types of protection in risk transfer agreements are as follows:

Hold Harmless-Party A holds Party B harmless for a loss when Party A has caused part or all of a loss.

Indemnify– Party A agrees to reimburse Party B for damages (settlements and judgments).

Defend– Party A agrees to pay the cost to defend Party B after a loss if Party B is named in a claim or suit.

Additional Insured Status– Party A provides coverage for Party B under Party A’s insurance program for Operations and Completed Operations.

Primary Coverage-Party A states that it’s coverage is primary should Party B be brought into the suit.

Waiver of Subrogation-Party A disallows its insurance company from pursuing Party B’s insurance carrier for any amount due to Party B’s negligence that may have contributed to the loss.

In short Party A is highly protected by Party B.

When is it appropriate for one to agree to these terms? While this question is to be answered on a case by case basis, in general if accepting work from a General Contractor (GC), it is the norm that the GC will expect the terms to be agreed to, to some degree. The economic value of the relationship should be considered before agreeing to adding this exposure to one’s liability.

When is it appropriate to ask for these terms? Whenever possible, as it greatly enhances the protection for an operation.

Not all agreements are the same and not all insurance policies can back them up. It is critical both parties involve their attorneys as well as their agents before signing. As always, a team approach and communication will put everyone is a better position to succeed and survive a loss.