We launched the Cleary Insurance Boston Business Risk Award to honor the entrepreneurs and small business leaders in our community who take bold business risks and reap the rewards. We received many inspiring stories of risk-taking and success, but our six finalists stood out from the pack. 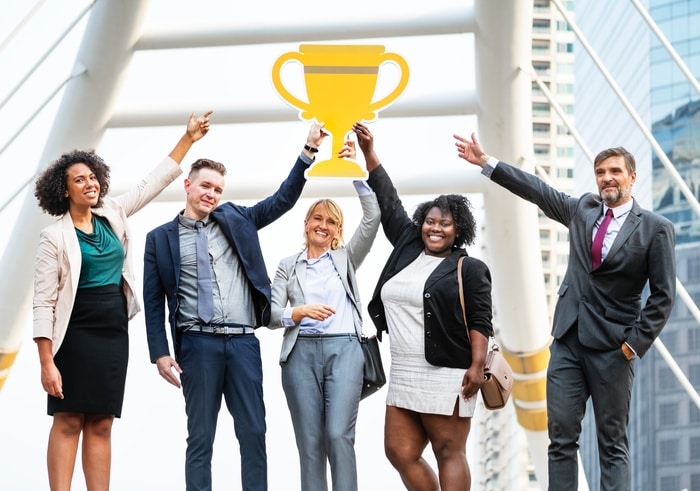 Get inspired by our finalists’ stories and stay tuned for the announcement of the 2019 Risk Award winner.

When media company Good Life Productions saw an increased demand for their video production services, Julia Cruz and husband Neal Robert took the risk of hiring additional employees and transforming their rental apartment into a new business office and studio. The risk paid off, as the company increased revenues by 20%.

While working as a repair technician and fish feeder, Rory Francis discovered that the challenge of accurately and efficiently feeding thousands of laboratory fish tanks daily was the perfect business opportunity. Rory developed a device to feed zebrafish in the lab setting and founded Danio Lab, a growing and profitable business that sells feeders to biomedical and cancer researchers worldwide.

Kevin Grant, Owner of The Castle

In 2015, Kevin Grant realized that the North Shore lacked a community space for people of all ages to hang out, so he took it upon himself to fill that void by opening The Castle, a board game café. Kevin and his wife, Ryn, quit their jobs to run The Castle fulltime, and they have been successfully growing the business ever since. They’ve won 7 awards so far and plan to expand with a new larger, location in the upcoming year.

Magbè Savané put medical school on hold to follow her dream of bringing her mother’s traditional African recipes to America. She founded Makomas, an organic tea and juice company that makes products from African superfoods like baobab, moringa, and hibiscus. The success of Magbè’s startup has been recognized by MassChallenge as a 2018 Finalist and won her the PepsiCo Food and Beverages Prize.

While studying mechanical engineering at MIT, Tish Scolnik knew there had to be a better way to design wheelchairs. With her classmates, she designed an all-terrain wheelchair that effectively harnesses the power of the upper body and enables people with disabilities to move freely outdoors. After graduation, Tish founded GRIT, a startup that brought the Freedom Chair design to market.

As a Fulbright Scholar in Nicaragua, Kristin Van Busum saw firsthand that children in coffee-growing communities lacked access to schooling, often receiving no more than a 3rd grade education. Kristin quit her corporate job and founded Project Alianza, a non-profit dedicated to providing education for children in the rural coffee communities of Latin America. To date, Project Alianza has educated over 2,000 children.

Ready to share your own story of a business risk that led to success? Apply for the 2020 Cleary Insurance Boston Business Risk Award.