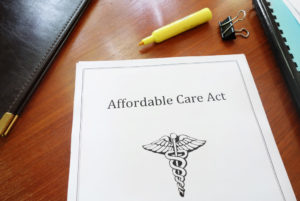 In the early hours of July 28, Republican efforts to repeal and replace the Affordable Care Act (ACA) ended when the Senate fell short of the 51 votes required to pass the Health Care Freedom Act (HCFA). Called the “skinny repeal bill,” it would have eliminated the individual mandate penalty and temporarily repealed the employer mandate penalty and medical device tax along with providing states flexibility on certain ACA requirements. Earlier in the week, separate votes on the Better Care Reconciliation Act (the Senate’s alternative to the American Health Care Act) and the Obamacare Repeal Reconciliation Act (the “repeal and delay” option) also failed. Both parties have indicated next steps may include bipartisan efforts to fix the ACA and stabilize the market. Specific plans and a timeline have not been discussed yet.

Republican leadership in Congress or the Administration may also pursue other ways to dismantle, replace or reform the ACA including regulatory action, regulatory non-enforcement or other options, as outlined in our March 30 Update.
ACA Remains the Law of the Land

The ACA remains the law of the land. Ongoing compliance with the law is required unless and until official guidance to the contrary is issued. We encourage employers and broker partners to use Your ACA Roadmap to receive a personalized snapshot of annual responsibilities. Visit www.YourACARoadmap.com for more information.

To stay up to date on the evolving state of health care reform, we encourage you to bookmark www.InformedonReform.com, including the Repeal and Replace Update webpage, where we continuously update information as it becomes available.

Brought to you by Cigna Health Care Reform Consulting and Communications